Held in Logan, Utah, this year’s SmallSat conference was the biggest ever, with more than 3,400 participants from 45 countries, representing over 1,000 organizations.

“I’m really not a fan of launching stuff in space that’s not ready or vetted.”

Greg Wyler, founder of the space telecommunications company OneWeb, addressed these words to participants of the 33rd Annual Conference on Small Satellites in his keynote address. Held in Logan, Utah, this year’s SmallSat conference was the biggest ever, with more than 3,400 participants from 45 countries, representing over 1,000 organizations. 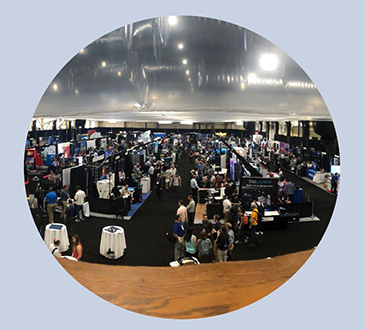 These and other papers also explored small satellite mission assurance approaches. A CubeSat development team from New Mexico State University discussed its experience building its first CubeSat and advised developers to “test early and often” as well as to “create well-documented processes early, keep them updated, and follow them.”

A presentation from Spaceflight Industries in the “Space Access” session discussed the unique challenges of bringing 64 satellites from multiple agencies together on a single rideshare launch. Other sessions included topics as diverse as communication, commercial mission assurance, technology transfer, and the CUMULOS mission.

Since the first conference in 1987, the small satellite industry has grown from a small group of mostly research and development missions to a booming industry with military, civil, and commercial applications. Mission assurance approaches for small satellites have also evolved, but as Peter Beck told participants during a presentation on Rocket Lab’s debris management approaches, “The safe and sustainable management of [space] must be a global priority.”

This story appears in the September 2019 issue of Getting It Right, Collaborating for Mission Success.

The Aerospace Corporation provides crucial support to the Commercial Crew Program, with embedded roles on the NASA team able to leverage the FFRDC’s depth of knowledge and technical expertise.
May 2020

Atlas V USSF-7 Launch: The (Space) Force is With You

In support of the the U.S. Space Force&#039;s second launch, Aerospace continued to enhance the remote capabilities that were demonstrated during the successful AEHF-6 launch.
May 2020

AEHF-6: Space Force’s First Launch Was a Decade in the Making

Building a Gateway to the Galaxy

Aerospace engineers are ground-testing for Gateway, a moon-orbiting facility that NASA sees as the first step to Mars and beyond.
July 2019
View More News