The above image shows the center of Aerospace's predicted reentry window of 17:08 UTC ±1 hour with several 5-minute intervals before the center of the window explicitly labeled.  In red is Space-Track's latest reentry prediction of 16:51 UTC with an uncertainty of ± 1 minute.  The location of Kuching, Malaysia, where multiple sightings of the reentry just before 17:00 UTC have been reported, is also shown. 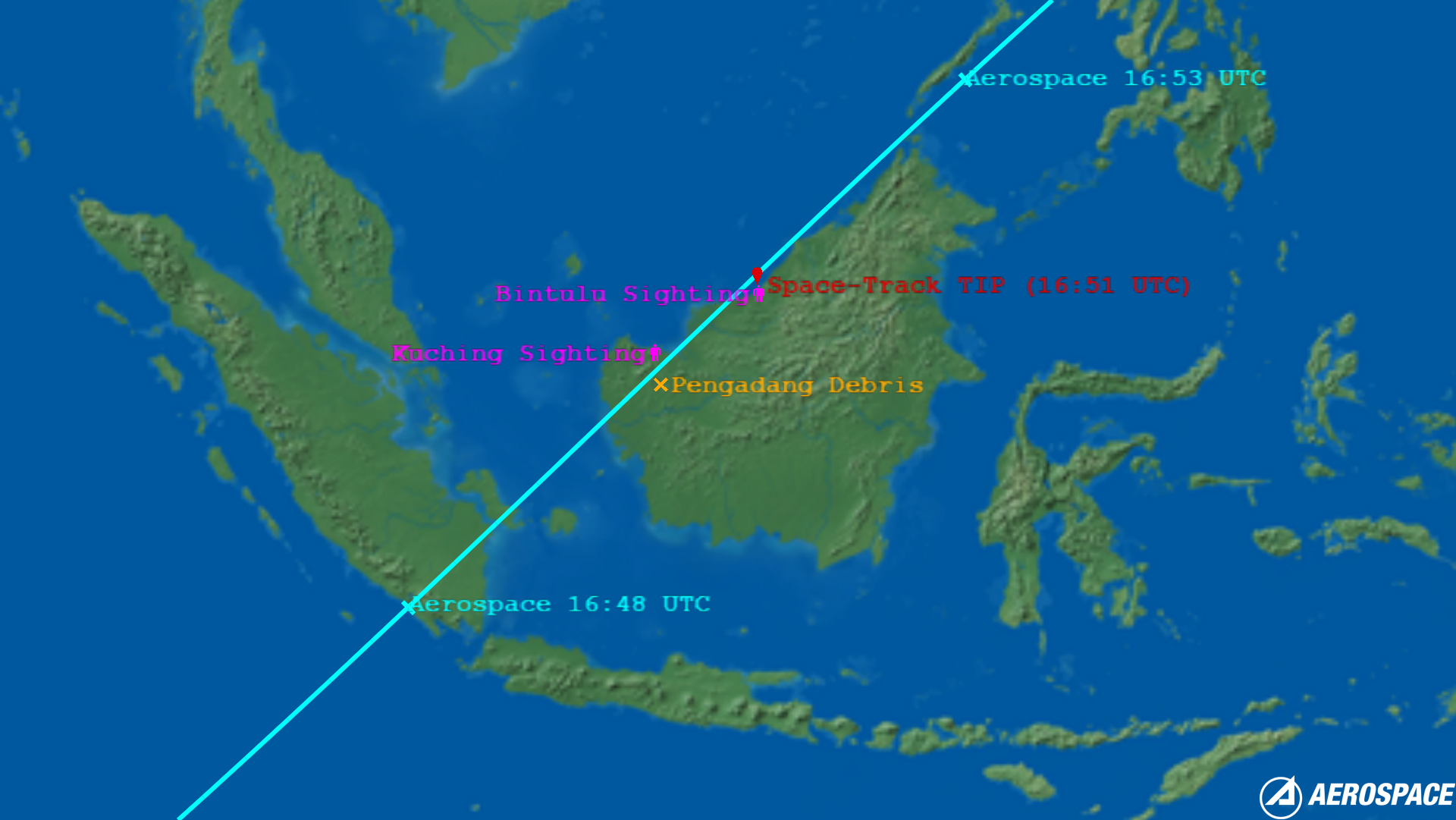 NOTICE: The materials about Upcoming Reentries are for informational purposes only and should not be used as a substitute for specific technical advice or opinions related to your particular facts and circumstances.