The space community relies on the radar and optical telescopes in the U.S. Department of Defense for tracking satellites. This system is likely to be overwhelmed by the proliferation of small satellites and mega-constellations. GPS transponders on a spacecraft could report a spacecraft’s position far more accurately than the current system.

The space community relies on a decades-old system for tracking satellites and other space objects—the radar and optical telescopes in the DoD’s Space Surveillance Network. This paper proposes a radical new approach, founded on the use of onboard GPS transponders. These devices could report a spacecraft’s position far more accurately, and with much less latency, than the current system. They could also provide positive identification for a spacecraft and allow operators to maintain a lock on it, even when it is thrusting or dead. By providing more accurate position information, GPS transponders could significantly enhance the ability to compute the probability of collision—so operators would spend less time and fewer resources planning unnecessary avoidance maneuvers. The system could provide a 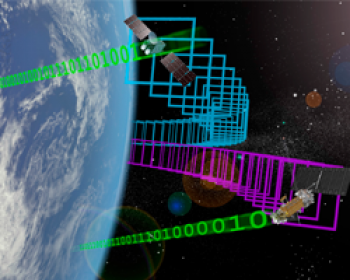 dditional advantages, as well—for example, by enhancing onboard navigation and facilitating proximity operations.

Implementing a space-tracking system based on GPS transponders could require a major effort, but the benefits would far outweigh the costs. The number of space vehicles and debris is expected to increase substantially in the near future, so this is the opportune time to prepare for a new era of space traffic management that leverages GPS transponders.